Buddha was born in Lumbini under the Shakyas regime Kpilvastu, that falls in Modern Nepal – Dr Kavitaram Shrestha 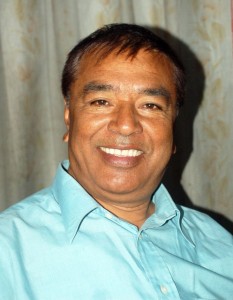 You are raising the issue in Kapilvastu Movement Day. Why actually you think this movement is required?

A false message is prevalent around the world that Buddha was an Indian Prince. The reality that Buddha was born in Lumbini under the Shakyas regime Kpilvastu, that falls in Modern Nepal is fully under shameful shadow. The fact that Lord Buddha was born in Lumbini was proven by King Ashok 23 hundred years ago as he positioned a stone pillar in Lumbini with an inscription highlighting that it was the birthplace of Lord Buddha. The marker pillar is still standing in Lumbini within the sovereign land of Nepal. The Indian Government has never opposed officially this fact. But it promotes the false impression that Buddha was an Indian Prince, with the evident fact that some part of the Kapilvastu lies in Indian soil and later part of Lord Buddha was spent in various areas that fall in modern India. Whole of the world is kept away deliberately from the fact that Lord Buddha in fact was a prince of Nepalese Soil and the irony is that the Nepalese authority never attempted to prove it for fear that it might lead to conflict with Mighty India. They simply escape taking a vain excuse that the self proving stone pillar is luminously standing in Nepalese soil and it does not need to be pointed out. Actually it is our privileged pride that Buddha was born in our gratifying soil and we can boast for it. It would nevertheless be an act of minimization to any in the world. How could it be taken as a confrontation with India or any in the world? Why are our officials so much scared? Or, are there any other reasons to be so shamefully quiet? In this odd and shameful situation the pride of Nepalese intellectuals around the world arose pronouncing loud that Buddha was born in Nepalese soil and burst out to celebrate the Kapilvastu Day on December 1 in 2008. December 1 is the glorified day when German Archeologist Anton F. had defined the Ashokan Pillar as a marker pillar of Lord Buddha’s birth place for the first time in 1935. After this Kapilvastu Day is celebrated every year worldwide and carried varieties of successful promotional activities around the whole year. This movement has now become an esteem symbol of the pride of nationalism among Nepalese intellectuals. In fact, it is needed extremely to work as a catalist for boosting the pride of nationalism in depressed Nepalese mind.

As a global advisor, what you would expect from this movement?

a. World community would correct their false perception about the origination of Lord Buddha.
b. A big pressure would be created and the Nepalese officials would get energy to promote Nepalese pride.
c. India would realize that the Sun cannot be covered with a mere palm.
d. The glory of Kapilvastu and its vicinity consisting Lumbini, the birth place of Lord Buddha together with Niglihawa, Tilaurakot and Ramgadh where Lord Buddha had spent his very significant part of his life till the age of 28 years would be promoted globally as a pride of Nepal.

We have seen different proofs that Kapilvastu, the birth place of Lord Gautam Buddha is in Nepal. But India is promoting its place making false Kapilvastu in its state. What may be the silent reason behind it?

India has many places that Lord Buddha lived and worked in. They are renovating all of their ruins from Buddha’s time and want to prove that it was the real Kapilvastu. India in fact is cashing the privilege of the existence of some part of the Shakya regime in its land. This effort of theirs would definitely make their part more attractive for the world community as we are not doing any in our side even though we have the nucleus part of Shakya regime consisting the ruins of Lumbini, Niglihawa, Tilaurakot and Ramgadh. In fact, we are not panicking that they are doing their best, but our agony is that we are not doing anything– not even for the proper preservation.

It is heard that most of school level educational materials as well as university references used and prescribed in India has rumor that the Birth place of Buddha is in India. This concept is aggressively globalized by Indian authority. How can we smash down such perception and flow the right information for seekers of the global community?

It is true that almost all of the educational material all over the world reveal that the Birth place of Buddha is in India. Indian officials have done it long ago and it is not yet challenged by any authority officially. Our friends are now promoting all over the world as much as possible to correct them. The world would not like to entertain the false information any way. We only have to work harder. One day we will conquer.

What and how is your organization working in order to obtain your goal?

We had started this movement to work and disseminate our information on line. This movement has become so popular that now we have 20 national committees all over the world. All of these committees will work in their countries. At the same time the Global committee leads global movement and punch pressure to concerned authorities in the host country Nepal as well.

Why is Nepalese authority being failed to tell the truth?

They do not want to offend the mighty India.

Recently, Government of Nepal has declared Nepal Tourism year 2011. Does it really help to promote the Kapilvastu?

The tourism year is designed for whole of the Nepal. So Kapilvastu will not get a special concentrated focus even though Mt Everest and the birthplace of Buddha are the main points of attraction for tourists, Nepalese officials were never accountable for any campaigns in past and thus this one will also be completed routinely as before. Besides, there is also a pro-Indian interest and threat barricading the initiation of such promotion in Nepal. It will not make any difference especially for the Promotion of Kapilvastu. It is a waste of time energy and resources.

Nepalese people are spread all over the world for different objectives. What can be their role and support for the success of the movement?

The problem we discussed above is a pain in the sentiments. No intellectuals can remain silent once they are informed. It is expected that they would volunteer to raise awareness in mass.

How can be we positive that the real information is being passed to the researchers as well as global community?

The truth is always welcomed. We should prove our truth. Soon we will see the result.

What will be the responsibility of the individual to promote our national, historical as well as cultural heritages like Birth Place of Buddha?

Study the truth and disseminate it for others.

Lastly, would you like to give any suggestion for DreamLandNepal.com towards its motto “Nepal: Dreamland and Heaven of the Earth” or any matters that is not covered by the question but it is of real importance?

Thanks for providing me an opportunity to speak up. Please disseminate the news, information and thoughts related to this movement for the sake of mass awareness. Such material is posted in Kapilvastu day blog. Thanks.